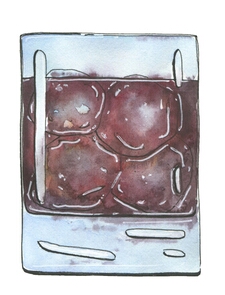 Today, we are really missing London. Due to that, and in honor of #saturyay, the recipe we will be providing today is for an British libation with just a slight modern twist.

Dating back to 1840, the Pimm’s No. 1 Cup, was created by James Pimms, an owner at an oyster bar in London. Shortly after it’s creation, the concoction took off and has become a British tradition. This is especially true at Wimbledon where roughly 40,000 are consumed annually.

Over the years, the beverage has gone through a remodeling of sorts regarding the base ingredient.

The recipe I’m providing you with today is a modern take on the No. 6 Pimm’s Cup.

There you have it. A twist on a traditional British libation. Enjoy! #detailsindy